Soluno Business Communications, formerly SolusBC, has won the title of Super Company for four consecutive years. “When you think that only a tiny percentage of Sweden’s companies find their way onto the Super Company list, it is totally amazing that we have once again made the list,” says Soluno’s CEO, Mattias Ohde.

The Super Company award is presented jointly by the business information company Bisnode and the Swedish business publication Veckans Affärer. The selection is based on extremely tough criteria for the financial performance of all Swedish limited liability companies over the past four years.

This is the 13th year of the award and the fourth consecutive year that SolunoBC has ranked as one of Sweden’s 641 Super Companies. Since the first award was presented in 2005, the number of Super Companies has increased by 140 per cent, but very few have managed to meet the tough criteria four years in a row.

“It has been a rather astounding development, particularly in the last five or six years. Although not surprising. Factors that have contributed greatly to this super growth are a fairly robust international economic recovery, a consistently strong domestic market and an expansionary economic policy,” says Per Weidenman, Senior Analyst at Bisnode.

A place on the list for SolunoBC, which provides operator-independent, cloud-based communication solutions, is further confirmation that it is doing the right things.

“We invested early on in differentiated partnership strategy. This means our partners can choose how they want to work with us. When it comes to building partner relationships, we’ve grown the most in Sweden. Furthermore, we have made the decision to be operator-independent, allowing us to attract the entire market, from small companies with a few employees to major organisations,” says Mattias Ohde, CEO of SolunoBC. In closing he says:

“We are also confident, since our merger with Uno Telefoni at the beginning of 2017, that we will continue on this positive trajectory and grow on an international level”. 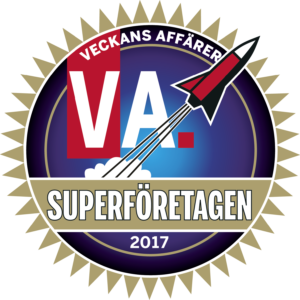 By Christian Hed
CMO
Driving the future of business communication

After having established itself in Denmark and Norway, Soluno Business Communication is now also taking the step into Finland and onto Åland. The company is doing this by ...

SolunoBC is going to commence an upgrade on 1 June involving several new functions and a better experience in the softphone interface and in the users’ smartphone applica...

Soluno, the largest operator-independent UCaaS provider on the Nordic market, joins forces with CallHosted the Netherlands based cloud service provider. The transac...