What happened to Televerket?

After 150 years, Televerket was shut down in 1992. The conversion into “Statens Telenämnd” might not have been so meaningful, but it was a milestone in Swedish history. When the telephone became popular in the 1880s, it came to complete the operation of Telgrafverket or Kongl. Elecktriska Telegraf-Werket as it was called before. 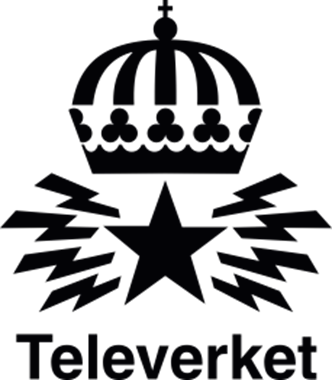 In 1994 the merge of Postverket and Post & Telestyrelse became a fact that exists until today. This has with communication and mail been an integral part of the personal and private public sector for centuries. Today it’s managed by different companies but is monitored by PTS.

The name Televerket is an institution that until today lives in speech. This was especially proven when companies wanted to register Televerket Global as a secondary offices. But after many turns, Kammarrätten decided on request and motivation that the work Televerket is so strongly connected to history that it should be perceived as holy.

The history of the phone and telegraph traffic

In 1850 the Kongl. Elecktriska Telegraf-Werket was founded. Back then you could send telegrams between Stockholm and Uppsala. The Telegraph lines were developed over the entire country and in 1880 the phone became used. Telegrafverket didn’t believe int he idea at first, even though Jönköping had a working tele-network.

In 1890 a country covering network was created when Telegrafverket bought most of the working lines and connected them. Telegrafstyrelsen was founded a few years later and monitored lines, traffic and radio. The authority was experienced in the matter of telegraph, phone drift, and administrating the operation.

The development towards a country covering phone network was intensified when a backbone was built in the end of the 1880s that was funded by Telegrafverket. Even private investors were interested in partaking in the development but the government gave Televerket exclusive rights. This was the start of a monopoly that lasted from the 1920s til the 80s.

In the beginning of the last century, there was an ongoing twist between the phone companies and telegrafverket. Telegrafverket wanted to buy the company but the government saw the price as too high. The twist was solved after world war II but can remind us of the competition between different actors on the telephony market.

The first mobile phones came in 1956 and required a battery package of roughly 30 kilos that was placed in the car storage. The connection between subscribers were performed manually by operators. The first automatic system was NMT (Nordic Mobile Telephony) that was launched in 1981 and was called NMT450 because it used 450 Mhz-tape.

In the mid 80s mobile phones became smaller in size. A European mobile network was introduced. In 1992 Telestyrlesen and the operations in telephony, mobile telephony and data network were handed over to Telia AB that later became Telia Sonera AB. In 1994 Postverket was abolished and a new authority was formed; Post and Telestyrelsen.