Tre, or 3, is a world wide brand and operate among others in Sweden, Denmark, Indonesia, Great Britain, Hong Kong and Italy. The brand was founded in Hong Kong in 2000. All companies under the brand Tre are owned by the affiliate company CK Hutchinson, even if the owner structure varies. What they all have in common is that they offer both 3G and 4G.

It’s very rare for carriers to have their own network that isn’t also shared with other carriers. Tre’s network frequency is roughly 900MHz and is only used by their customers. 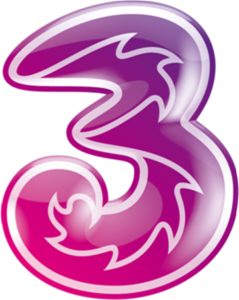 In 2000 Tre was founded by Investor AB and Hutchinson Whampoa. The vision was to create an entirely new platform for mobile communication. The company has since then expanded in rapid speed and become an innovator in Sweden as well as the world wide market.

In 2004 they introduced the solution for customers to call for free within their own network, and in 2006 Tre mobile broadband was released, whereas they were the third biggest carrier in the world. This broadband has received several prices over the years.

Today Tre has more than 1600 coworkers and received nominations from Great Place To Work for their popular offices.

Tre have bundle offers for companies that want mobile broadband and can avoid a bunch of cables that a fixed broadband entails. Stationary routers are installed on premise that can be fortified by mobile routers that can be used when needed. Tre mobile broadband is via 4G which ensures a fast connection.

Over the years Tre has developed their mobile PBX called 3Frontoffice. This service is fully functioning from mobile or tablet, which results in easy and improved work and can be accessed on business trips or similar.

All employees have access to the unique service through a softphone client that’s installed locally on every computer. The included equipment in the service is USB headset from Plantronics or Jabra and it’s possible to download sound files in the program.

To can download the app in Appstore or Google Play, just search for 3växel. You log in with your mobile number and thereafter choose between three alternative; user, operator or administrator. In the app you may also transfer calls between each other.