We are becoming increasingly suspicious of technology and all that it entails. More and more people are claiming that they feel supervised by their phones and rely less on things they read or see on the internet. And here comes another reason to get stressed (wonderful huh ?!). Namely, a mobile cord has been released that can hijack your computer.

The cables are called O.MG cables and it is the safety researcher, known as MG, who has created these cords. It looks like a regular Lightning cable, the ones Apple itself sells, and works just like them. The same dialog pops up when you connect a phone to your computer, iTunes opens up and the phone starts charging. Although the cord comes with a crucial difference, namely that if the cord is connected between an iPhone and a Mac computer, a malicious remote access to the computer is enabled.

The cables have been on the wall before, but it is only now that they are actually for sale. It was at this year’s Def Con, a conference for hackers in Las Vegas, that MG sold the notorious cords for $ 200 apiece. MG says it started as a project to learn more about the hardware but has now developed a full-scale manufacturing project. MG says that about 4 hours was required to assemble a single cable when existing Lightning cables were modified. If the cord is manufactured from scratch in a factory, everything goes much faster. 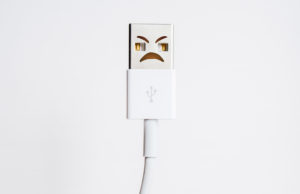 It is when the cable is used between an iPhone and a Mac that remote access is possible. Once the computer is manipulated, the insurgent can then reach the computer from up to 90 meters away.

All MFi Lightning cables contain a special chip to encrypt data. But the O.MG cables also include a USB implant with scripts and commands that allow a hacker to access the victim’s computer.

It may sound strange that MG is open about that such a cord has been created, but he says he has good intentions. MG created the cord out of personal interest but also sees it as a way of developing and forcing cyber security forward. He believes that people today are more cautious about connecting to unknown devices, but few expect that it may be the cord itself which poses a threat.

Although these cables are extremely unusual, it may be useful to twice before connecting your devices with or to unknown products. We hope that these types of cables do not end up in the wrong hands and that manufacturers are motivated to create better security in the technology being sold.

Stay safe out there!

One response to “A mobile cord that can hack your computer”

4 tips for onboarding new agents in the best way

Training new agents, support technicians or operators is not always easy. There is often a lot to learn before you are ready to receive customers' questions and problems over the p...

Optimised charging can give your phone a longer life

10 workout apps - get strong with your mobile

After every new years eve many of us have made New Year's resolutions to be stronger, faster, a little slimmer or maybe just live a little more healthy. However, membership in the ...