In my job interview for Soluno, my boss, Christian Hed, asked me if I was a technical person. I answered honestly, just as it was. “No, I’m not that technical, but I’m willing to learn. I got the answer that that attitude was the most important part, and the job became mine.

Working with marketing for a complex and extremely technical solution is not entirely easy, especially when you are new. After a month at work, I wrote the following on my Instagram: “I have used the words IP-phone and Mex in the same sentence, and understood what I was talking about!”. And you never stop learning, after three years I learn new things, technical terms and solutions, every day.

That women work in technical industries has not always been something that is obvious. And women are still quite underrepresented in many companies. But what is it like to be a woman in IT?

Attract women to the industry

Attracting women to the IT industry has not always been an easy task. IT has long been a male-dominated industry. Something that has probably been affected by the fact that boys, when they were young, to a greater extent opened their eyes to technology, computers and IT. But we’re starting to see a shift. More and more young women, state today, that they can imagine working in the IT industry. According to Computer Sweden, four out of ten women, under 30, said they were interested in working in IT.

Many girls and women are thus worried that an IT job would not suit their personality.

I think there are very preconceived notions about what it means to work at a company with a very technical solution. Many people probably imagine a workplace in Matrix style, where everyone sits with multiple large screens in front of them and enters line after line with code on a black background, in the middle of the night. That only guys work there and that you have to be interested in computer games or weightlifting to have something in common with them…

That is as far from the truth as one can get. Well, yes, there are some who sit with several computer screens and enters code at Soluno. There are quite a of men working here, and yes, some of them like computer games or weightlifting. But gosh what a wonderful mix of people who work at this company. A fantastic mix of men and women, of all ages, with all kinds of interests and backgrounds. With team spirit, open minds and always close to a good laugh, I think Soluno is a workplace that would suit a lot of women’s personalities, no matter what they think.

And I think many other companies are similar to Soluno. That many of the women who “are afraid that it would not suit them” would actually thrive like fish in the water in the IT industry.

For us at Soluno, it is important to have equality at all levels, especially when it comes to the distribution between men and women. That is why we co-sponsored the Insight Intelligence survey Young Women and IT. We believe and hope that with the right knowledge of why women do not apply, to a greater extent, to the IT industry, we can ultimately make the right efforts to capture women’s interest for the industry.

Get to know some of my colleagues

At Soluno, we are lucky to have a long line of awesome women, in all different departments. Get to know some of them below: 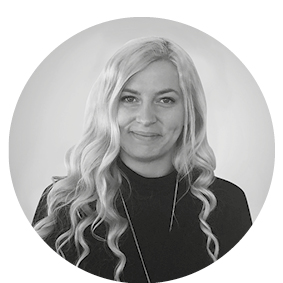 Number of years at Soluno: 1 year

Background: I have mostly done creative studies and very little IT, but I also worked with support for another Swedish carrier before.

Who are you: I am a former dog owner with more nail polish than socks, and way too few fingers to be able to use all the different colors. I’m also the one who smears nail polish everywhere, fortunately it has not happened at the office so far, knock on wood.
In addition to colorful fingers, I take as many photos as I can, sometimes masterpieces, rarely selfies, and I find extreme pleasure in baking pie, which is generally appreciated by my colleagues.

What is it like to work at Soluno: Possibly the most cliché thing you can say, but it’s incredibly open minded. There are never any hard feelings and always a lot of laughter. I started at Soluno at the same time as Corona struck, so even today I have not met even close to everyone I work with, which has brought its challenges, but with all the internal communication channels we have and the company’s basic attitudes, we have still managed great on the collaboration front. And I have gotten to know many, if not most of the people I work with, even though we have never met. It’s a bit like that at Soluno, no matter who you are and no matter where you are, we drive the future together. 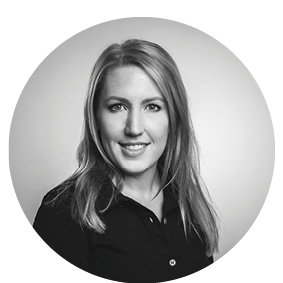 Number of years at Soluno: 13 years!

Background: Before I joined the company, which was then called Teledesign, I came from a project position at Telia. It had opened my eyes to office work and I the telecom industry seemed exciting.

I noticed very early on that there was a great mix of personalities and roles within the company and liked the satisfaction and enthusiasm that was here. I started my career in sales support, customer service and administration in telecom. But studied and then worked further in e.g. finances that paved the way for where I am today with office responsibility for our Swedish offices, company administration, sustainability, work environment and last but not least project management in various areas of the company.

Who are you: I am a social, happy, orderly person who easily laughs. I am driven a lot by the socialpart of working at the same time as I am a nerd in terms of order and structure. On my free time, my hobbies, besides family life, is interior design, fashion, friends and festivities. I love boating and the archipelago during the summer and I like to ski in the winter.

What is it like to work at Soluno: I like the mix of people within the company and I enjoy working in a fast-growing company where there is a high pace and constant development. It is fun to work with motivated colleagues who work hard but at the same time care about a good and balanced environment with a great team spirit. 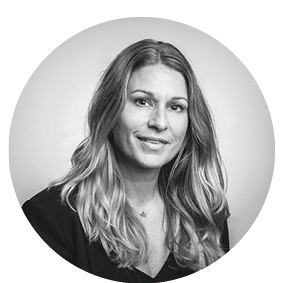 Number of years at Soluno: 9 years.

Background: I am 46 years old and live in Gothenburg. Grew up in Hultsfred with the Rock Festival just around the corner. My whole upbringing was about football, I basically lived in the clubhouse it became my second family for 16 years. Moved to Stockholm at the age of 20 and worked at Lindex. After a few years I had had enough of traffic lights, subway and people everywhere and moved to Sälen and worked seasonally at a bakery for 2 years, summer and winter. I have experienced a lot in my life such as traveling, training in sales and leadership, becoming the mother of two teenagers and meeting nice people through life who have become my best friends and who I am inspired by every day.

Who you are: Caring, driven and curious. I love my home where I tinker and decorate. Being out in nature gives me energy and hanging out with friends and my family and going for walks with our dog.

What is it like to work at Soluno: Exciting, unpredictable & fun, a bit like a roller coaster. Great focus on the customer and their needs. 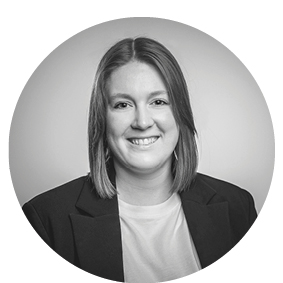 Number of years at Soluno: In 2 months it’s been 2 years

Background: I studied the trade program in high school, then went on to a vocational education as KAM. During the second year of my education, I had an internship and joined Telenor. There I worked at their corporate customer service for 2 years and on delivery for 2 years, before I came to Soluno.

Who are you: I am 26 years old, live in Karlskrona but originally come from a place called Hyltebruk. In my free time I play handball, work out in the gym and hang out with friends. I live alone in an apartment but the plan is that, when I have stopped playing handball, I will get a dog. Personal qualities that reflect me are responsible, driven, orderly and efficient.

What is it like to work at Soluno: Full speed ahead! Every day is different, but at the same time the same. My tasks are usually the same, but each customer is different and that creates a wonderful variation in the work! Everyone is open minded and we often have a lot of fun together. 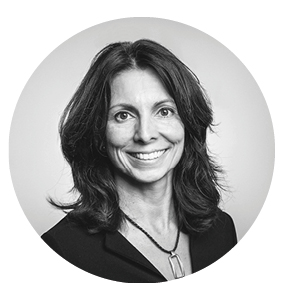 Background: Master of Business Administration and many roles as controller and CFO at both small and large companies.

Who are you: I am a curious and happy person who likes to learn new things and to work with good colleagues.

What is it like to work at Soluno: Soluno is a company that wants to be at the forefront when it comes to new technology and new business models in the telecom industry. Even though I am not a technician, I really like working in an environment where we are constantly looking ahead to understand what is around the next corner, because we want to be first with new thing and offer customers the latest and greatest on the market. In such an environment, you need to be creative and brave to try something new and not get stuck in old habits. It’s great fun!

Happy New Year from all of us at Soluno

We would like to thank all customers, suppliers and partners for the past year. A year full of lessons, development and forward thinking. We at Soluno have worked hard to be abl...

What can entrepreneurs expect in 2021?

A difficult and strange year is beginning to reach its end and we are many who are looking forward to a new and exciting 2021. A new year means that you get the chance to start on ...

How far away from your screen should you sit?

We are probably many who have heard our mothers say that we should not sit so close to the TV, because then we will damage our eyesight or get square eyes. The risk of getting squa...